Erlang is a commonly used term in the telecommunications and call center industry. As a contact center professional, you’ve most likely come across the popular Erlang C formula, Erlang calculators and other tools to compute… well what exactly?! What does Erlang actually do and how is it applied especially in the call center resource planning domain?

Let’s look into these topics and provide you with a helpful outline to explain the Erlang concept. You’ll also get a list of tools you can utilize to successfully use Erlang C in Excel and for other use cases.

The origin of Erlang Theory

The Erlang Theory was originally invented by Agner Krarup Erlang, a Danish mathematician who pioneered in the fields of queueing theory and traffic engineering. He published the commonly known Erlang C formula, which we’ll explain later on, in the year of 1917.

The Erlang C model is widely applied in the call center industry among resource planning specialists and WFM professionals while being an integral part of forecasting and WFM solutions across the board.

Before we get to the math, let’s first deconstruct the Erlang C formula and its derivation.

As mentioned above, the Erlang C Formula is a mathematical equation to calculate the number of agents in a call center based on the number of incoming calls and a desired service level.

Although the formula can be quite intimidating to look at due to its seeming complexity, it is actually straightforward to apply. We have laid out a step-by-step process that makes it easy to follow and simple to implement.

Here are all the steps at a glance:

Before we start, we need a number of inputs.

First, you’d need to figure out the number of calls per interval (e.g. half hour, hour) and your average handling time (in seconds). As a starting point, you can also use industry averages for service level (80/20), shrinkage (30%) and maximum occupancy (85%)

Here’s an overview of all the data you’d need:

2. Determine the number of calls per hour

This is an easy one. You can either extract the number of calls per interval from your Automatic Call Distributor (ACD) or come up with a best guess estimate from experience. To get accurate results, we’d recommend taking actual data into account.

Depending on your ACD provider, you’ll be given the number of calls for different time intervals (e.g. 15 minutes or 30 minutes).

3. Compute the traffic intensity (A)

Now that we know the number of calls per hour, the next step is to figure out the total length/duration of these calls - also referred to as traffic intensity. Traffic intensity can be expressed in a unit of measurement called an Erlang and is defined as the aggregated call seconds needed based on traffic. Simply put, it is the length of time it would take to service all of the calls end-to-end in a queue. To calculate it, we’d need to know the average handle time (AHT) of each call. You can do the same procedure as Step 2, either coming up with a best guess or consulting your ACD system.

4. Estimate the number of agents (N)

In very pragmatic terms, this means we would require at least the same number of agents per hour (+1) to cope with the call volume. However, this would be based on the assumption that all calls come in at exactly the same moment another call is finished and no call queue emerges.

Consider that in a real-world scenario, this is far from realistic which is why you’d also need to take both shrinkage and maximum occupancy into account to come to an accurate conclusion. Also note that you’ll most likely need to play around with your agent estimate to ensure that your desired service level is met. We’ll get to this later on. For now, we’re almost done figuring out all variables we need to put into the Erlang C formula.

To determine your service level (SL) with the number of agents you estimated beforehand, you start plugging in all of the variables into the Erlang C formula to calculate the probability that a call sits in the queue versus that a call is immediately answered.

For those of you who are less advanced in mathematical equations, there are a number of tools, which we’ll provide later on, that can help you solve the formula quickly.

6. Work out the resulting service level

If you haven’t done already, then now is the time to calculate your actual SL that you’d be reaching in your given scenario.

The formula to compute service level, given the number of agents estimated, is as follows:

Tip: You can use the Excel formula =EXP() to calculate e.

Service level will always be expressed as a percentage and can be defined as the % of callers who are answered within a set time threshold. For example, a service level of 80/20 means 80% of all calls are answered in 20 seconds.

7. Increase number of agents to meet your desired SL threshold

If you run through your calculation and find that you happen to be below your set threshold (e.g. 80/20), then you’d want to increase the number of agents (N) in the equation until you reach or get as closely as possible to your desired service level.

Note: doing this manually can be very time consuming and would also require a good estimate of how many agents you’d need. Some planners may know this from experience but be warned that this can be a hell of a job if you have no clue. An Erlang C calculator can do the job for you and run through various scenarios until you get to your desired SL target.

8. Factor in shrinkage and max. occupancy

Not every Erlang C Calculator considers shrinkage and maximum occupancy. So make sure to check if your tool takes care of that. If not, be aware that the number of agents you’d need to reach your service level will not be very realistic. Your contact center may face planned/unplanned absence due to agents getting sick, spending longer break times, or not always adhering to their schedule. Additionally, calls may take longer but agents will rarely spend 100% of their working time on the phone.

Here’s a refresher on shrinkage and occupancy:

Shrinkage is an additional factor used as a buffer to account for absences such as vacation, sickness, meetings and training with an industry average of around 30–35%. Shrinkage is often an estimated factor but can also be calculated by considering external and internal shrinkage in terms of hours. More information can be found here.

Occupancy is the % of time your agents spend on handling calls. Note: that a maximum occupancy rate of above 85% is likely to cause agent burnout. Occupancy rate is computed as follows:

But that’s not all. There are two additional data points that an Erlang C calculator may provide such as:

By now, you should have a good picture of how many agents you require to reach your desired service level in your specific situation. However, an 8 step process still seems very clunky. In fact, as already mentioned, there is a much easier and quicker way.

What is an Erlang Calculator

We’ve mentioned it a couple of times already that an Erlang Calculator is a good solution to save time and still get an accurate approximation of how many agents your contact center requires to meet its SL target.

But what exactly is an Erlang Calculator? Call Center Helper defines it in the following way:

An Erlang Calculator allows you to calculate the number of staff that you need for a given number of calls, to meet a given service level.

As the term already implies, it is based on the Erlang C formula which we have previously introduced in this article. The good thing about this calculator is that you simply enter a couple of data points and boom - you’ll get the result. Magic, isn't it?

The typical inputs for an Erlang Calculator are as follows:

The typical output is mostly the number of agents required based on the data you typed in.

While an Erlang Calculator happens to be one of the most useful tools in a planner’s toolkit, there are a few options you can choose to calculate your staffing requirement such as:

In this post, we’ll mainly focus on the first two.

Excel-based Erlang calculators are basically spreadsheets that work with macros, add-ins or automatic input sequences. Often, you’d find free templates to download on the web that can be easily integrated into your workforce planning process.

The good thing about Excel-based Erlang calculators is that they are flexible and easy to set up. Yet, some of the drawbacks are that they can be error-prone or fall short on including variables such as shrinkage and occupancy rate. Some of them may also have a clunky user interface, limited calculation options and still require manual effort to be maintained.

Yet, it’s also up to you to get a first-hand impression of what you’d need for your specific use case. Therefore, we’ve listed a couple of Excel-based Erlang calculators for you to try:

With the evolution of the world wide web, a new generation of Erlang Calculators emerged online. They are free, easy to use and quick to apply for less sophisticated scenarios. A major advantage is that you don’t even need to download and install a single piece of software. However, consider that many free online tools are limited and don’t factor in shrinkage and occupancy rate.

Here’s a list of some free tools that we have collected from various sources. Feel free to test them and check out what works best for your specific use case.

We can definitely recommend trying out both the Free Erlang Calculator brought to you by Call Center Helper and our shiny injixo Erlang App. injixo Erlang works on every mobile device and can be downloaded for free on the App Store and on Google Play Store. We think that this is a great combination of tools that let you save time and nerves with staffing requirement calculations on the go, during meetings and at work.

Finally, make sure to try out different options and compare the results. Sometimes, more sources provide more insight and can help you get the best results. 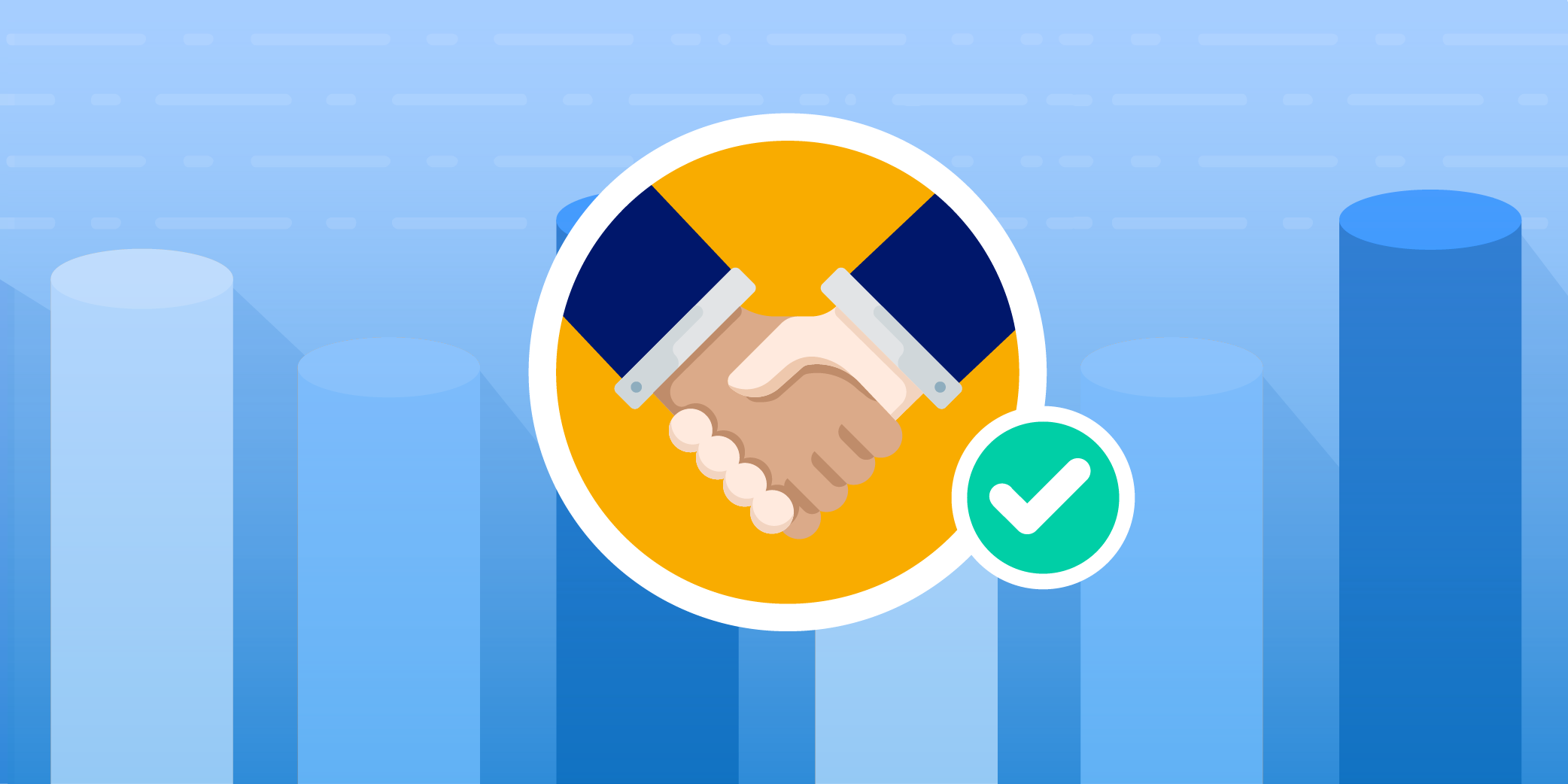 How to Set up a Service Level Agreement (SLA) for Your Contact Center
Read more ...

How to Include Shrinkage in Your Planning Process
Read more ... 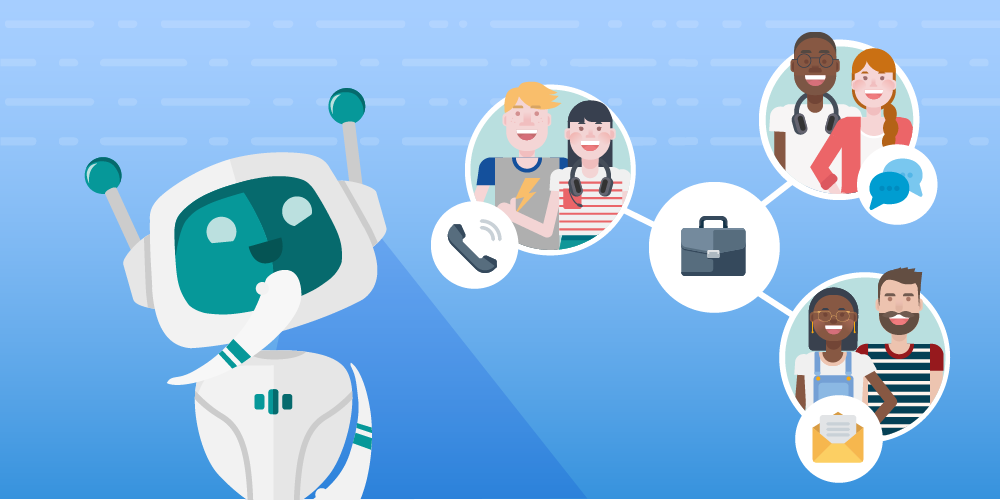